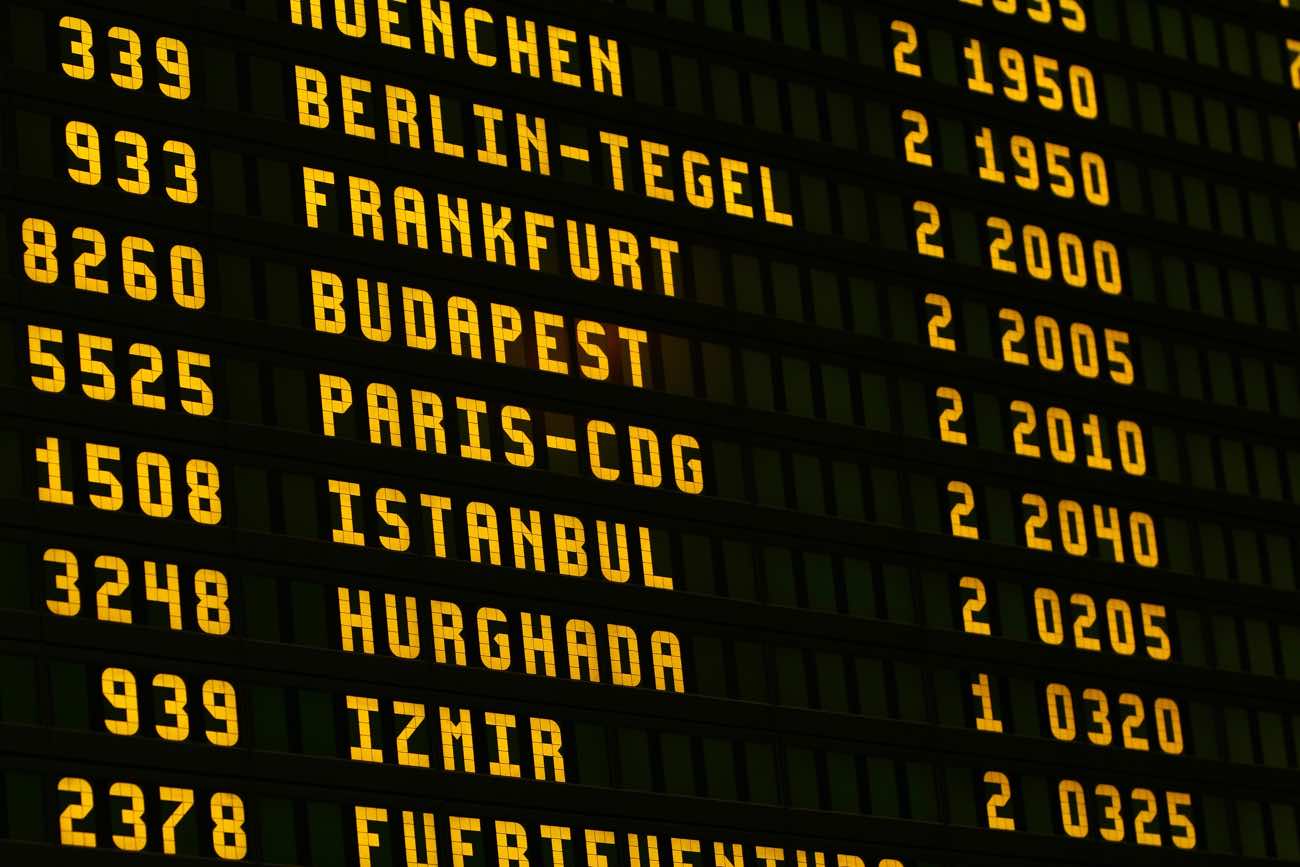 Find out how to conveniently get from Lisbon airport to city center and some of the most important places. First tip: stay away from taxis!

Lisbon is one of the most charming capitals in Europe. There are many unique things to do, see and taste here that can keep you busy for at least 3 full days. Any less and you’ll be missing out on some of the most quirky and special sights and places.

Lisbon airport is very close to the city center. You can get to Lisbon’s city center in several ways, but sadly the traditional cute yellow trams don’t pass here.

The “best” transport for you will depend on where exactly are you going, how many of you are traveling and the time of the day. Many travelers take the easy decision of hopping in the first taxi they see. Find out why this might be a bad idea.

There are plans to build a second airport farther away, but for now all commercial planes land in the Humberto Delgado Airport, in the Portela area. It is located about 7km from the heart of the downtown (Baixa).

Here’s a breakdown of some areas of the city and the corresponding best way of getting there, as well as much time you can expect to get there.

I’ve made the hard work for you.
This is a pre-filtered list of hotels in the safest areas of Lisbon.

Metro is by far the cheapest way to get to downtown Lisbon. The metro station “Aeroporto” was recently built and is conveniently located just at the right at the arrivals hall.

It’s part of the red line going to São Sebastião and has several connections with the remaining lines, making it easy to get pretty much anywhere in the city center.

A journey from the airport to São Sebastião or Saldanha takes about 20 minutes.

You’ll need to buy a Viva Viagem card in the ticket machines (0,50EUR) and top it up with either individual trips or money (Zapping) option. This card can also be used in the yellow public buses of Carris.

From Lisbon Airport to Downtown by Metro

NOTE: Aerobus is not working at the moment!

Aerobus is a special bus service is operated by Carris/Yellowtours and offers 2 distinct lines to Lisbon center:

This is a very good option to travel from the airport to many places in Lisbon.

Aerobus conveniently stops near some of the major hotels of the city as well in some of connecting hubs like the bus terminal of Sete Rios and the train stations of Entrecampos and Cais do Sodré.

Buses depart from the platform just in front of the arrival hall and include a special place to store luggage.

From Lisbon Airport to Downtown by Aerobus

Unless you’ve been living under a rock, you’ll know what Uber is. In Lisbon they completely changed a market dominated by greedy and rude taxi drivers with old vehicles. Uber service in Lisbon is very reliable, cars are impeccably clean and often new.

There is a Uber pick-up point in the departures terminal. This means that instead of you exiting the building when arriving outside, you’ll need to go to your right (still inside the airport) and climb up the escalators to the upper level. The designated area is located in the parking lot just outside when exiting the doors.

Fares obviously depend on where you’re going, but should be somewhere between 7-15EUR for a ride. Bolt sometimes is a bit cheaper.

From Lisbon Airport to Downtown by Uber

Top hotels in Lisbon
I’ve made the hard work for you.
This is a pre-filtered list of hotels in the best areas to stay in Lisbon.
Go hotel-hunting

There are several buses from Carris which stop in the arrival terminal of the airport. These go to various places in the city.

However, be aware that buses in Lisbon are not known for its reliability and you might have to wait considerably. Plus, it’s only allowed to take luggage with max measures of 50x40x20cm.

For these reasons, unless you are going to specific destinations served by the bus network, buses are not a very convenient option to get to Lisbon’s city center. In any case for more details and schedules, check Carris’ bus route planner.

From Lisbon Airport to Downtown by Bus

Renting a car in Lisbon Airport

Renting a car when arriving to Lisbon might be worthwhile specially if you’re planning to go to other places in Portugal like Porto or even go for a road trip along the coast.

Right in the arrivals terminal you will find the desks of all major car rental companies (e.g. Europcar, Guerin, Hertz, etc). Make sure you compare the prices online in advance to grab the best deal.

Some private companies offer shared transfers departing every 15 min from the arrivals hall. Compared to the Aerobus, the benefit here is they offer door-to-door transfer to many hotels in Lisbon.

One of these companies is 100 Rumos. You can buy tickets in advance on their website.

From Lisbon Airport to Downtown by Bus

My last experiences using a taxi in Lisbon were dreadful. Everything from the driver smoking with the windows closed, dropping me in a random place just because it was more convenient for him or bitching because my “destination was too close”.

So if they are like this to locals, what happens with tourists? Well this and worse. They’re often rude, greedy and drive old vehicles. They also often take pointless detours to trigger the meter up or might charge you for a crazy luggage fee. Oh and don’t expect them to speak good English.

Thankfully there are still professional and honest taxi drivers around, but I still don’t recommend a taxi to anyone arriving Lisbon. No one wants a stressful first experience of a trip!

If you still prefer getting on a taxi to get to Lisbon downtown, the taxi fare should never be more than 20 euros. Here are some other tips:

The best things to do in Lisbon

Enjoy Lisbon to the fullest.

How did you get to Lisbon city centre from the airport?
Share your experience below!