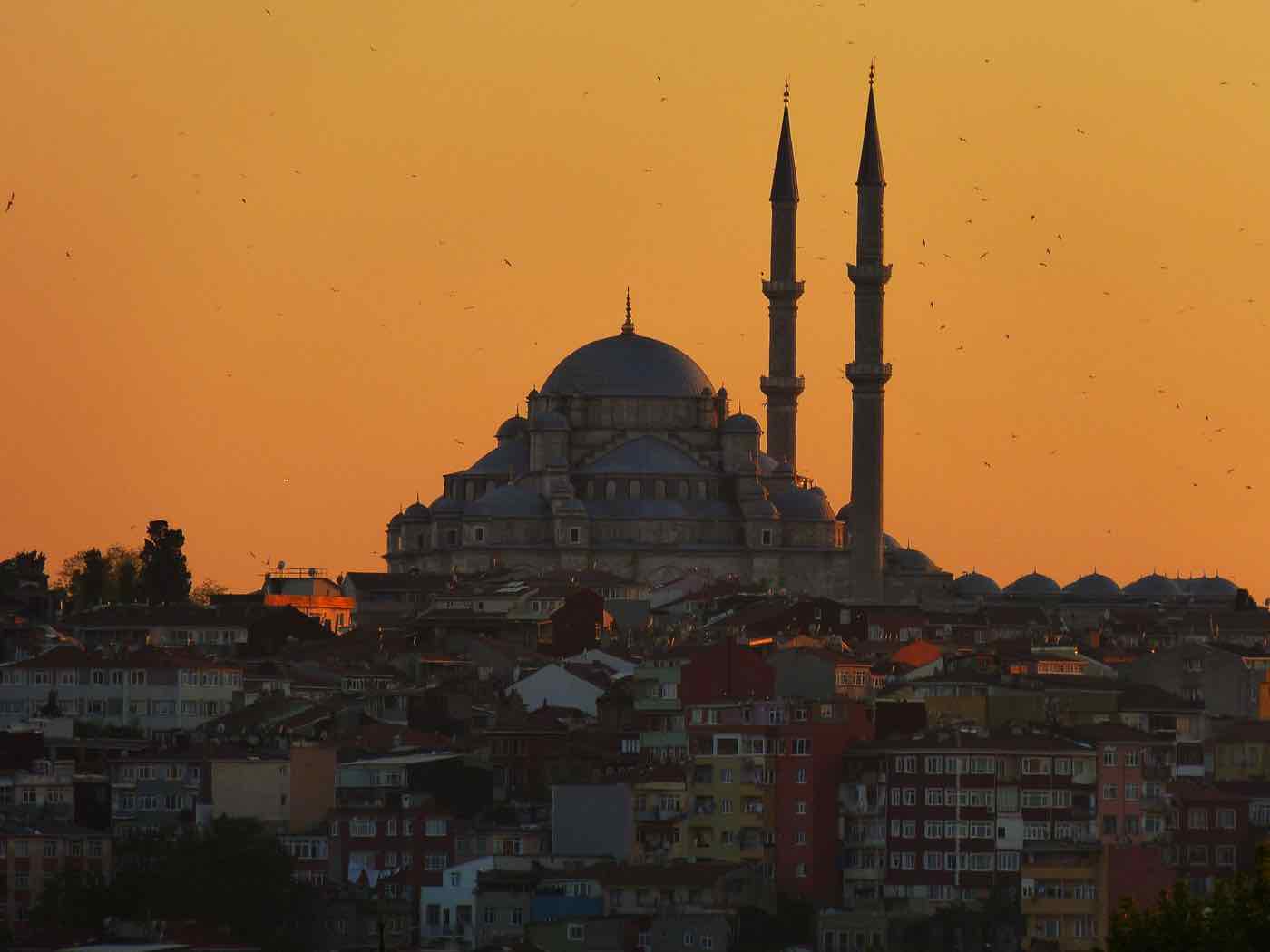 Mosques in Istanbul dominate the skyline and are one of the must-have experiences in the city. Here’s a simple guide on how to behave and dress while visiting them.

Growing up in the western most territory in Europe, I had little or no chances to experience Islamic religion or culture.

Istanbul was my very first contact with mosques in my travels.

Hearing the call to prayer coming from the loudspeakers coming on the minarets of every mosque in unison. Seeing people washing themselves outside as a preparation to pray. The unique architecture inside. Regardless of your religion (if any), it’s definitely worth to do your fair share your mosque-hopping.

The Most Beautiful Mosques in Istanbul

As the capital of the Ottoman Empire since the 15th century and currently the one of the biggest metropolis in Europe, Istanbul is home to over 17 million people. 95% of the population is Muslim and the city has an astonishing number of nearly 3000 (!) mosques.

To out things in perspective, this means there are more mosques in Istanbul than Starbucks in New York City.

Deciding which unusual or unique things to do in Istanbul and particularly which mosques to visit can be a overwhelming task, but some of them stand out.

These are absolutely must visit mosques when you are in Istanbul!

Don’t be fooled by its name, this mosque is not exactly new – it was actually built in the 1600s. Many people mistake this mosque for the Blue Mosque. They can look the same but they are in completely different places of the city!

Although the New Mosque is one of the defining features of the skyline of Istanbul, this mosque is often overlooked by visitors. Don’t do it. This mosque has a special charm. You can just stand in the front doors with the Bosphorus right in front of you, and watch the crazy spectacle of the seagulls, ferry boats and the fishermen in Galata Bridge. It’s pure charm and enough of a reason to visit it in my book.

The interior of the mosque has great Ottoman tile work, specifically intricate details using blue tiles – Iznik – on the ceiling. If you are looking for a peaceful, low-key visit to a mosque, this is the one to go.

First of all, Hagia Sophia is not technically a mosque anymore, but still considered one of the greatest religious buildings in the world. Initially built as an orthodox basilica in 537 (!!), Hagia Sophia was then converted to a Catholic cathedral and later to an imperial mosque in 1453, when Sultan Mehmet conquered the so called city of Constantinople. During five centuries Hagia Sophia remained the principal mosque of Istanbul and served as a role model for other mosques in the Islamic world and finally opened as a museum in 1935. What a history!

I had to have extremely high expectations to visit Hagia Sophia. And while the historical context is certainly unique and interesting, for some reason I was expecting more once inside. It’s a bit too touristy and it’s not a good sign when you spend most of you time playing with a cute little black cat. Yes, there are cats everywhere in Istanbul, even INSIDE museums!

With thousands of stunning blue iznik tiles decorating its interior, particularly in the huge dome, this is one of Istanbul’s most striking images. It was built during the reign of Sultan Ahmet I in the early 17th century as an Islam’s answer to Hagia Sophia, right close to it.

While the building is truly magnificent, the most amazing part for me was to hear the call to prayer right between Hagia Sophia and the Blue Mosque. I didn’t realize how powerful were the loudspeakers until that point. It gave me chills, truly unforgettable!

ℹ One too many minarets?

The Blue Mosque the only mosque in Istanbul with 6 minarets. According to an urban legend was the result of a misunderstanding between the sultan and his architect.

The sultan supposedly had asked to have altın minare (minarets in gold) and the architect understood altı minare (which means six minarets). Oops!

Not even the fact that is standing on top of the third hill of Istanbul, makes this most any less appealing to worshipers or travelers.

Sülemaniye Mosque was finished in 1557, commissioned by Süleyman I, known as The Magnificent. And the man certainly wanted something to live up to its name. Absolutely breathtaking in size, today is a dramatic landmark of the skyline of Istanbul and comes with a plus: a terrace with amazing views over the Golden Horn.

This was the mosque I enjoyed the most visiting. It’s impressive in scale and yet so beautiful in its simplicity. I was there on a Monday afternoon where there were not many people, creating a more involving atmosphere. Having time and physical space to take it all in and embrace the whole experience made it special.

Because mosques are not regular tourist attractions, there are some things you should keep in mind. Remember these are sites of worship and should be respected.

Visitors are requested to dress modestly, which means no shorts, tank tops or mini skirts. In particular women should wear long bottoms as well a head scarf. There are scarfs available there if you don’t have one.

You cannot wear shoes inside, so try not to bring your boots that take an eternity to get on in the morning. Expect a not-pleasant smelly feet odor inside.

Muslim prayer times change every day, by a minute or so and happen 5 times/day. Keep in mind some mosques may close during praying times so plan your visit accordingly.

You can find a calendar of accurate prayer times for Istanbul here.

Which mosques in Istanbul have you visited? Which one did you like the most?